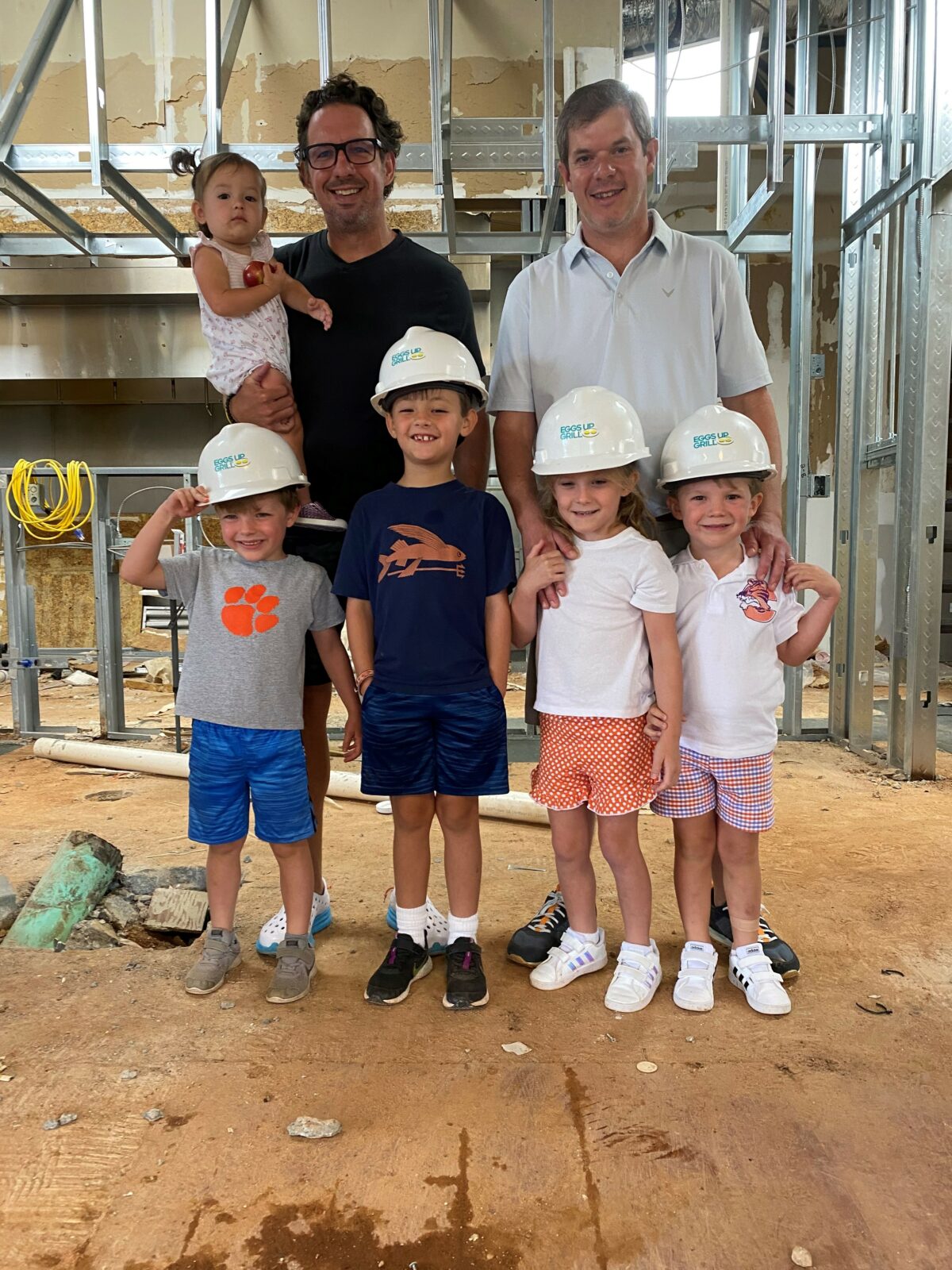 Jackson Turner “wasn’t too good at college,” he said, but as a restaurant operator it seems he’s found his niche. Turner, who owns First Sun Management with his father, Joe, operates 20 Wendy’s restaurants in South Carolina and Georgia. Now preparing to open the first of five Eggs Up Grill units, Turner, along with operating partner Darby Smith, is betting the concept’s neighborhood feel and expansive breakfast-to-lunch menu will appeal to customers in the Clemson, South Carolina, area.

“I believe that breakfast—this type of concept—has extreme growth potential, especially in the markets where we’re going,” said Turner, who noted while there are some mom-and-pop breakfast spots, there’s not, in his view, a strong competitor in what’s known as the “Golden Corner” of upstate South Carolina.

Eggs Up Grill, based in Spartanburg, South Carolina, and with 50 locations open, came in at No. 391 on the Top 400 and was the lone breakfast brand to grow sales in 2020. After visiting restaurants and comparing the experience and model to competitors such as First Watch, Turner said the quality and price point of Eggs Up Grill stood out. “I come from QSR, so our price point, there’s a lot more through-put to it” to make it profitable, he said. “With Eggs Up, the economic model is really sound. … People want to get a breakfast platter for under $10, they don’t want to spend $20.”

Turner was also impressed with the brand’s pivot to delivery and takeout amid the pandemic. He said those channels comprised 4 percent of sales before COVID and now account for 15 to 20 percent, “and they’re maintaining it.”

The direction of Ricky Richardson was another factor for Turner, who called the CEO “one of the sharpest leaders I’ve seen in the industry.” Richardson, who was president of TGI Fridays, came to Eggs Up Grill in 2018 after private equity firm WJ Partners bought the brand.

Turner’s first location, under construction in Clemson on Highway 93, “is a direct feed into the university,” he noted of the restaurant’s proximity to Clemson University.