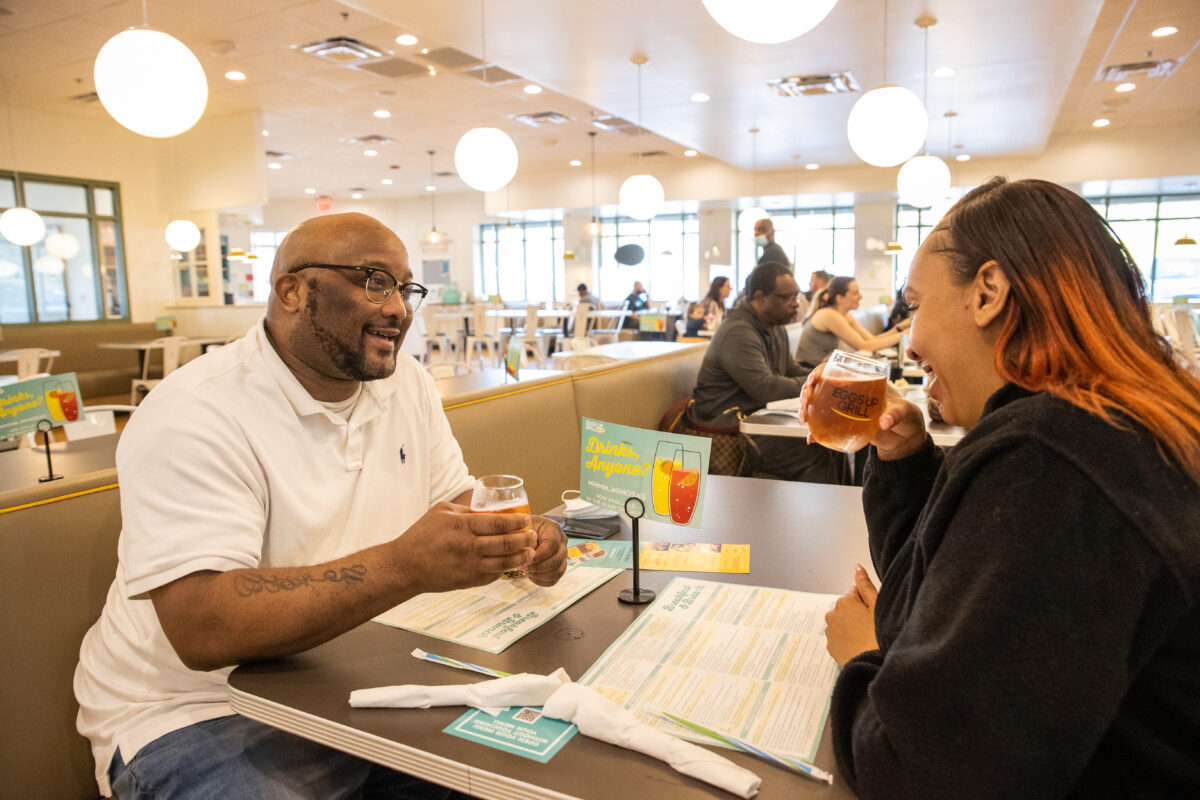 This article appeared in Nation’s Restaurant News in July 2021

Midscale dining had a tough year in 2020, with most of the category’s leading brands suffering from sales declines.

CEO Ricky Richardson said that 47-unit Eggs Up Grill, which franchises all but one of its restaurants, relied on its local operators early on in the pandemic to make the crucial decisions for their communities.

“We put together a very simple framework as soon as this happened,” he said. “It was about survivability-sustainability and then growth and survivability. It was about allowing the franchisees the space that they needed to stabilize their business.” Eggs Up Grill began franchising in 2004.

Before the pandemic was declared in March 2020, one franchisee had already gotten the licenses and laid plans for a mimosa program; that was quickly introduced to select locations. It now makes up about 5% of sales in the restaurants that offer it, Richardson said, and more of the franchisees are adopting the beverage platform.

“We don’t see ourselves going into a full-bar offering right now,” he said. “We have it in about 50% of our restaurants right now, but the remainder are still in the licensing process, and I see that as another contributing factor in that sales momentum.”

Off-premises sales, which were about 5% of business before the pandemic, now make up about 25% of revenues, he said.

The new initiatives have increased average unit volumes for the brand, Richardson said. “We’ve got a business model now that’s generating revenues about 20% higher than it was pre-COVID,” he said. “Obviously, that takes committed franchise partners persistent in their business nimbleness.”

Of the brand’s 47 units, about 20 are owned by single-unit franchisees, and the remainder are multi-unit owners, Richardson said.

This year, Richardson said Eggs Up Grill has about 13 restaurants planned and, for 2022, the pipeline has about 20 units.

The Eggs Up breakfast-lunch hours of 6 a.m. to 2 p.m. have been a benefit during the vaccine-era labor crunch, the CEO said, offering stable hours for workers.

“There’s a real certainty to schedules,” Richardson said. “And as those of us in the restaurant business know, a lot of folks in the industry like to work multiple jobs. Having the stability of that schedule is appealing. It makes it more flexible for them to get a second job. For those that just want one job, the fact that they’re off in the middle of the afternoon … and then have their afternoons and evenings off — that’s very appealing.”

Eggs Up Grill, founded in 1997 in Pawleys Island, S.C., has restaurants in Florida, Georgia, and the Carolinas. This year, it has expansion plans for Alabama and multi-unit franchise developments in Tennessee and Virginia.
“We will be going from four states to seven states by the end of this year,” Richardson said.

WJ Partners, a Spartanburg-based private-equity firm, acquired the brand in March 2018 and named Richardson, a former U.S. president and chief operating officer of Dallas-based TGI Fridays, as CEO that summer.

He met on a recent Sunday in a restaurant with a franchisee and found the environment exciting.

“Looking around the restaurant at all the happy guests,” Richardson recalled, “it’s why I’ve been in this business as long as I have. You can’t beat that instant gratification from providing great experiences to guests.”